I swore to myself that I would post absolutely every story I could this past weekend, but as usual, the load of new vocabulary and slew of articles and now an Arabic novel has backed up my schedule. This past weekend we had an organized trip by Georgetown to Jerash and Ajloun.

For some historical and geographical background, Jerash is a town 45 minutes to the North of Amman that is home to a giant archeological park that is actually an ancient Roman city. The Roman city of Gerasa was built there largely in part to receive the Roman Emperor Hadrian.

The current archeological park houses the famous and iconic Hadrian’s arch, the Hippodrome, the palace of Zeus, the palace of Artemis, two theaters, several market streets, dozens of baths and a handful churches among many many other impressive structures that are in much better shape than the temple of Hercules in Amman, for example.

The morning of our trip consisted of taking us out to the archeological park in Jerash and letting us run wild in this place. For the most part I ran around the giant grounds by myself, occasionally catching up with my fellow Hoya classmates (which is the reason I have some fantastic pictures from that day). Throwing a thin cotton circle scarf over my head in a form of Hijab, I made my way around the impressive 3 square miles. I wish I could tell really good stories about adventures through the site, but with the exception of meeting a cat at the Temple of Artemis, and by the end of my wanderings, taking a break every two minutes and whispering to myself to put one foot in front of the other until I got to the exit of the site. 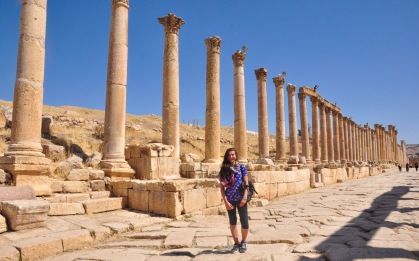 But everything was great! It was an awesome place to take photos of and reading about the unique architectural features of each site, from the baths, to the nymphaeum to the fruit and vegetable market, and the gorgeous panoramic amphitheater where Bedouins played music for us on instruments that resembled Scottish bagpipes.

After dying of the heat of the first really hot Jordanian day I’ve experienced in Jeresh, we had a giant meal at a local restaurant where again, the table was covered in platers of kebab and chicken tabouk, lamb, and every Levantine appetizer people could think of. After stuffing ourselves to the bursting point, and then grabbing a couple more slices of watermelon each, we headed back to our bus to go to the castle of Aljoun.

The Castle of Ajloun was built as an Umayyid fortress by a nephew of Salah-Din. The fortress is built at a spot where Jordan, Syria, Palestine and Israel can be seen. There were only 2 placards that explained where we were so the rest of the hour was spent climbing into every ancient staircase, over half-crumbled arches and 1500 year old walls. I would have loved more history about the castle, its history and its purpose but it was still very cool to roam around freely and see the ancient fortress construction, and even piles of stone cannonballs. 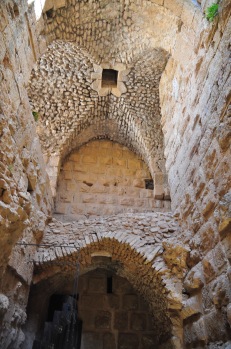 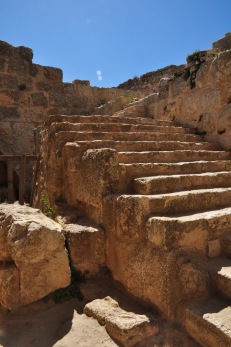 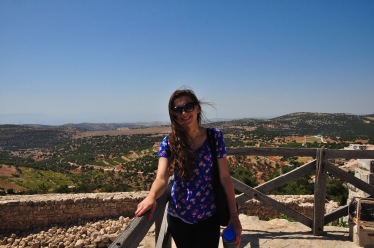 Ramadan has started and that is definitely very noticeable in Jordan the vast majority of the country (including all three of my roommates) are now fasting between sunrise and sunset. So far, we have had iftars in our apartment (the meal breaking the fast) but I have been invited to an iftar tomorrow with my friend Rabia by our language partner. So more to come on Ramadan and food and tradition in Jordan!