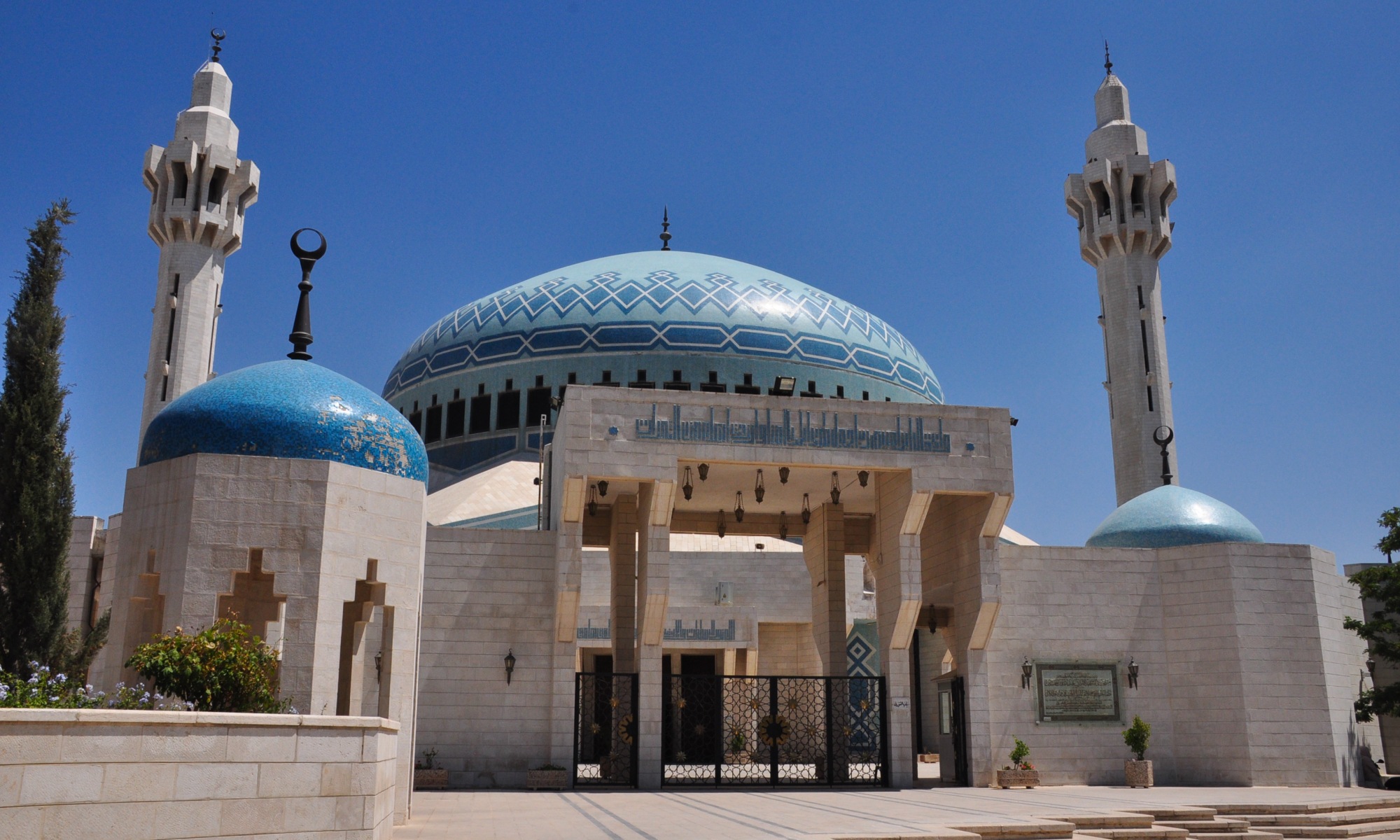 This work-week has flown by quicker than the previous one, and I have slowly ventured out of being overly guarded in every single daily situation, but regardless, I am quickly getting cabin fever.

Spending several hours every day in the small 2-floor institute and then returning to ACOR to do 3 daily hours of homework is definitely breaking my promise to myself of going to a new neighborhood or site that I was interested in exploring twice a week.

But I did break the spell of cabin fever today!

After class, my friend Rabia and I went to King Abdullah Mosque, the largest in Amman, and after walking around its giant grounds and asking several guards to enter, we were sent to the tourist entrance. My friend is Muslim and took this as offensive and not religiously sound. I didn’t expect to be allowed into the mosque, but we talked later about how a beautiful place of religious worship should be shared with the community, and not used to make some money on the side. —— Regardless, I think the mosque was beautiful and worth the 1JD cab ride to venture closer to it and also see a new area of Amman.

We walked a mile down an interesting-looking road to the recognizable grounds of Souk-Al-Jummah and further into the door of a restaurant whose name I can’t remember. But we had a feast. This was one of those restaurants where menus do not exist and you walk out stuffed with delicious home-made food. We got hummus, baba ganoush, and a plate of lamb kebabs each. The ordinary food in this place is absolutely delicious and I’m having a ton of fun eating everything on pita with my hands!

We then took a cab to a place called Taj Mall, the newest and most luxurious mall in Amman right now. Walking into this mall was a bit like stepping into a wormhole that transported me to Santa Monica, California, and if the signs weren’t in Arabic, the place might as well have been a magical teleportation machine. In the words of my friend Molly, “I got culture shock to my own culture”
A cop even came up to me and told me that apparently the front door of the mall says that photographing the mall itself is forbidden. For amusement, here are some of the illegal images. Yes there are BMWs sitting in front of the main entrance. 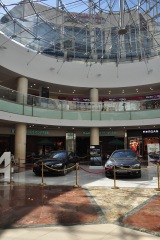 Molly’s awesome friend Nadine who studies at Northeastern University walked us around and joked with us and told us tips about how weird the men are, where the best burgers are and great cafes to spend time at in the afternoons and evenings. It was wonderful to finally meet a real Jordanian and hopefully we get to hang out with her soon.

Taj Mall is in a neighborhood of Amman called “Abdoun” the area infamous for its giant beautiful houses. It is the neighborhood that houses the wealthiest population of the city (as well as the giant fortress of the American Embassy in Jordan) and it was just so lovely to see.

I have a pretty long list of homework assignments and tomorrow after class we are going to spend 2 nights at the Dead Sea! I am so excited because this is the start of my birthday weekend! (Oh crap I’m turning 20 in four days)

So In Shah Allah the next entry will be full of some impressions of the Dead Sea!

One Reply to “Breaking the spell of Cabin Fever”